Mayur is pioneering the development of a highly prospective iron and industrial sands province along the southern coastline and delta regions of the Gulf of Papua. There is potential for multiple projects, with near term routes to market and significant scalability to expand future low-cost operations. 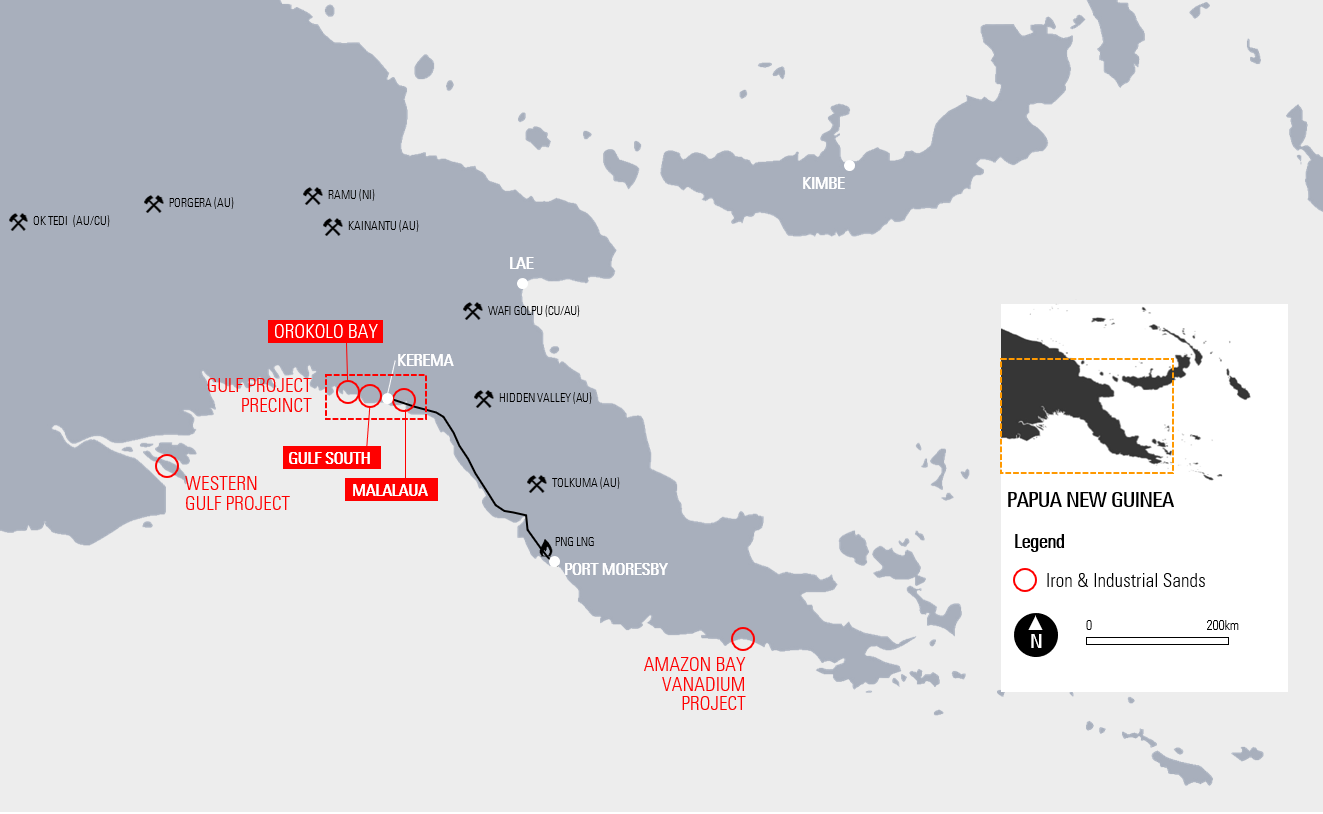 The Gulf Project Precinct located near the Provincial Capital of Kerema in PNG includes the Orokolo Bay, Gulf South, and Malalaua projects.

In December 2020, a Mining Lease Application was submitted for the flagship Orokolo Bay Project which will produce a number of products including titano-magnetite, construction sands and a zircon-rich heavy mineral concentrate.

This followed the completion of a Definitive Feasibility Study (DFS) for the project which reinforced its status as a simple, low CAPEX, and financially robust project with multiple product revenue streams.

The DFS confirmed that the project will produce a post-tax (real) NPV of US$131 million (10% discount rate) and an IRR of 103.7%. An operational design with an initial CAPEX of US$20.5 million has been calculated to establish a simple near surface mining operation that is forecast to produce 0.5mtpa of titano-magnetite, 1mtpa of construction sand and up to 10ktpa of zircon-rich heavy mineral concentrate.

Site enabling works have commenced at Orokolo Bay and offtake discussions are ongoing with the focus being on high value magnetite into the Asian market.

A 25-year Environmental Permit issued by the CEPA is in place for Orokolo Bay which is expected to leave a lasting legacy for local landowners through the proposed post-mining sustainability land use initiative of a mechanised Sago plantation.

Gulf South has similar geology to Orokolo Bay and offers a JORC Resource extension opportunity. Whilst Malalaua, situated along the coast from Orokolo Bay, has the potential to be a repeat of Orokolo Bay and allow for a duplication of the planned development.

An Artisit’s impression of surface mining operations at Orokolo Bay. 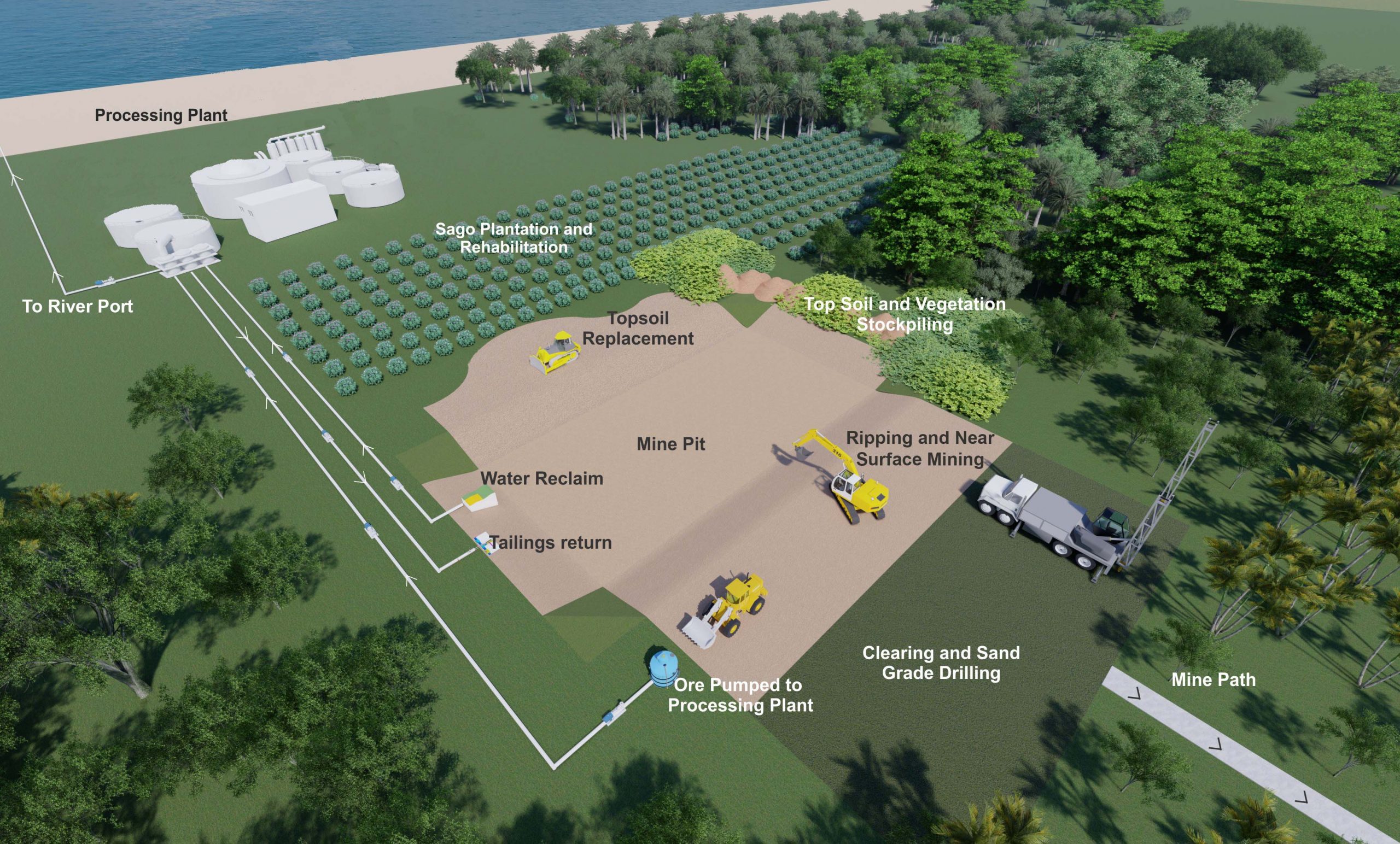